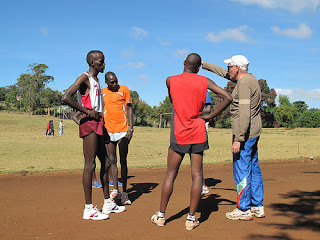 This is a piece I finished a few months ago after spending considerable time going over Renato Canova’s training methods.  Renato Canova is a world-famous coach who instructs many of the best athletes in the world.  He has worked with the Italian national team in the past, but today, he works mainly with athletes in Kenya.  His athletes have won Olympic and World Championship medals, as well as setting national and world records.  As of 2015, Renato Canova’s athletes have set 6 world records, won 42 medals in the World Championships, and 8 medals in the Olympic Games.  He has coached 9 athletes under 2:05:04 in the marathon, and 9 men athletes under 26:55 in the 10,000m.

More importantly, his training philosophy is significantly different than that of any other coach I am familiar with.  I wrote the following article in an attempt to understand the mechanics of his philosophy so it could be applied to any training program, not just one for an Olympian.

>> Click here to download the PDF <<
I recommend actually downloading the PDF from Google Drive, since the in-browser viewer does not always render text in an easily-readable way.

4 thoughts on “Something New in Training: The Methods of Renato Canova”