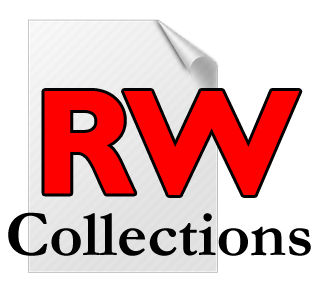 John Kellogg is an enigmatic, immensely intelligent personality who is something of a legend in internet circles.  He is best known for coaching Weldon and Robert Johnson, the twin brothers who founded LetsRun.com.  Weldon Johnson was a 4:28 miler in high school and a 30:14 10k runner in college whom Kellogg coached to a 28:06 10k and two 4th-place finishes at the US Championships.  His brother Robert, who did not run in college because of recurrent injuries, was coached by Kellogg post-collegiately to 2:23 in the marathon.  John Kellogg has also coached high schoolers and some lesser-known sub-elite runners, including Bruce Hyde, who went from a 4:18 mile to a 3:42 1500m, high school sensation and 8:51 two-miler Ryan Deak, and Paul Stoneham, a 29:00 10k runner.

But more so than his coaching, John Kellogg is known for his writing.  LetsRun.com was initially started as a platform to promote John Kellogg’s coaching philosophy, which can be described as Arthur Lydiard meets exercise physiology meets Zen and the Art.  Over the years, John Kellogg posted hundreds or possibly thousands of long, detailed posts detailing his approach to any runner looking for help, both on LetsRun.com and other running forums.  He is also very much a product of the internet: in the early 2000s, perhaps in reaction to the kind of anonymous criticism websites like LetsRun are now infamous for, he stopped posting as “John Kellogg” or (JK), and adopted a rapidly rotating set of pseudonyms, under which he posted prolifically for many years.  In the early to mid-2000s, he would occasionally write articles on training for LetsRun’s front page.  While he still continues to post occasionally, the volume of long, detailed posts dropped off after about 2008.

The tail end of John Kellogg’s most frequent involvement in the online running community coincided with when I personally started to become interested in serious training.  Through LetsRun.com, his writings profoundly influenced my own training, and helped bring me from a middle-of-the-pack scrub to one of the better runners in my conference.  In the ensuing years, I realized how much more of John Kellogg’s writings were out there, preserved in obscure corners of LetsRun’s message boards, front page articles, and more.  Inspired by a short collection of John Kellogg posts compiled by Tim Galebach in 2003, which was one of the first places I read about John Kellogg’s philosophy, I set out to make a compilation of all of Kellogg’s writings that I could find.  It became an on-and-off project for me since 2009, and it’s about as done now as it will ever be, so it is about time this project sees the light of day.  John Kellogg’s only published work is a chapter in Kevin Beck’s 2005 book, Run Strong.

The result of my work is a near-300-page .pdf file, organized by source.  The bulk of it consists of all of John Kellogg’s message board posts I was able to find, made on LetsRun.com from 2003 to 2012.  To preserve his anonymity, the pseudonyms he used when making the posts have been removed.  As I say in the preface to the collection, the writings here are likely only a fraction of John Kellogg’s total contributions to the running community.  I have also included all of the front-page articles he has written for LetsRun (the “JK Speaks” series) and the contents of his short-lived website, ParagonRunning.com (coauthored with Kyle Heffner, who placed 3rd in the 1980 Olympic Trials Marathon), retrieved using the Internet Archive’s Wayback Machine, as well as Tim Galebach’s original collection.

I hope you enjoy reading through this collection at your leisure, and I hope you find it a helpful resource in becoming a “student of the sport.”

So, without further ado:

The Updated Training Wisdom of John Kellogg:
A collection of John Kellogg’s writings spanning several years and many topics
Compiled by John Davis between May 2009 and April 2012

on Google Docs:
https://docs.google.com/open?id=0B_zzkn1-wR0dRFNLT0tXTVlUN3FyZGpiVWRBNld0dw
I recommend downloading it (click File -> Download on the Google Docs menu) to read it, since Google Docs doesn’t do the greatest job rendering fonts in a non-clunky way.

4 thoughts on “The Updated Training Wisdom of John Kellogg”