I can’t remember why, but I was reading an article on WebMD when I saw a sidebar linking to a sports injury quiz.  Since a large part of what I do every day is working to get to the bottom of running injuries, I decided to check it out.  Though most of the questions were about traumatic injuries to the upper body, which are much more common in contact sports, there were a few on running injuries.  I’m pretty used to seeing misconceptions all over the place when it comes to the causes and optimal treatments for running injuries, but one slide bothered me because a) it was so aggressively incorrect and b) WebMD content is supposed to be vetted and approved by a medical doctor, which lends it an air of authority.
I’ve reproduced the offending slide below: 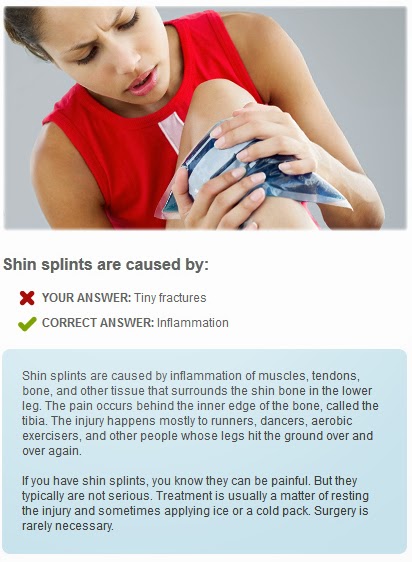 3 thoughts on “Brief Thoughts: Misinformation about running injuries all over the internet”