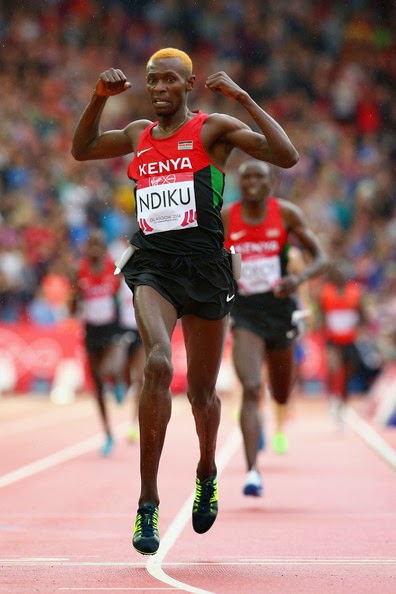 Workout schedules and analysis of the training of Renato Canova’s athletes have become some of the most popular content on my website.  Today, we’re taking a look at a short block of training done by Caleb Ndiku.  Regular readers will remember Ndiku—I analyzed Ndiku’s training schedule before his victory over 3000m at this year’s World Indoor Championships.  Ndiku’s outdoor campaign this spring and summer included a 13:01 win at the Prefontaine Classic 5k in Eugene, a 7:31 3k in Europe, and a victory at the Commonwealth Games in the 5k.