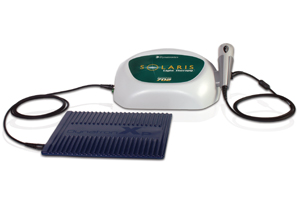 In my upcoming book on preventing and managing running injuries (which, I’m sorry to say, is still very much a work in progress), one chapter discusses the roles various medical professionals can fulfill in the prevention, evaluation, and treatment of running injuries.  In many cases, a particular discipline is best-suited for one particular role: a podiatrist is ideally qualified to make custom orthotics, an orthopedist is best-suited to order and evaluate an MRI, and a physical therapist is the right person to create a rehab exercise routine.

This does not mean that medical specialists see their own role with this narrow view.  There are plenty of physical therapists who prescribe orthotics, chiropractors who order and evaluate MRIs, and so on.  Perhaps because of pride or just a desire to manage all aspects of a patient’s treatment, specialists sometimes have a tendency to stray outside of the boundaries of what they do best.
In my view at least, the primary use of a physical therapist for an injured runner is as a resource for discovering muscular tightness or weakness that contributes to injury, evaluating running gait to identify any biomechanical flaws, and developing a rehab program to return to healthy running.  There are many fantastic physical therapists who focus almost entirely on these aspects of injury treatment.
But many other physical therapists are wedded to their “modalities”—in-office treatments that purportedly improve healing or reduce pain.  The ones you are probably most familiar with are therapeutic ultrasound and electrostimulation (also known as TENS), but there is a veritable cornucopia of modalities that are sold to physical therapy clinics which claim to reduce pain, speed healing, or otherwise assist with the rehab process.  Some modalities even have research supporting their use, though this almost inevitably consists small, uncontrolled trials.
Today I want to break up the allure of technological modalities by looking at one specific example called “light therapy.”  Though it might sound like a quasi-mystical alternative treatment, light therapy is a real modality used in many physical therapy clinics.  The claim is that an intense beam of light, usually generated by light-emitting diodes (LEDs) or sometimes lasers, can penetrate the skin and stimulate mitochondria in the muscle cells if the light is of the correct wavelength.  The stimulation of the mitochondria allegedly speeds healing from fatigue and injury.  Again, this sounds borderline crackpot-physiology, but that idea is from a real study published in a scientific journal.
To show that the light therapy machines used in a typical PT clinic are most likely useless and overpriced, I don’t have prove that specific wavelengths of light have no effect on muscular mitochondria.  I just need to prove it is no better than any other basic source of light. Like, say, the Sun. 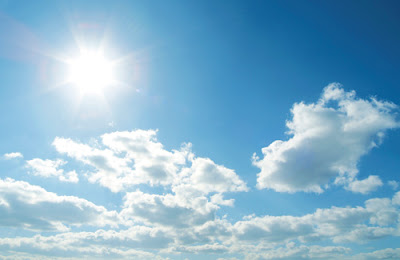 The sun is a really fantastic source of light.  As an exceptionally large black-body radiator, it puts out a wide spectrum of very intense light.  Part of this spectrum is in the “therapeutic photon” range of 600 to 1000 nm cited in marketing literature for light therapy devices.
Now, how does the photon output of the sun compare to a typical light therapy machine? We’ll take a look a typical machine from Dynatronics, a company which produces equipment for physical therapy offices.  I don’t mean to pick on one particular brand—light therapy equipment by Dynatronics is largely identical to products from other companies when it comes to technical specifications—we just need one specific machine to draw technical details from.
The therapeutic photon output of a light therapy machine probe
The Dynatron Solaris 701 is just such a machine.  The unit itself is sold for somewhere in the vicinity of three thousand dollars, and provides light therapy (or ultrasound) through either a 5-five square centimeter light probe ($2,000) or a 8″ by 10″ light pad ($2,500).
Let’s get right down to technical details.  First, the light probe—the D880 probe has an area of 5 cm2 and emits light through three 660 nanometer (nm) red LEDs and thirty-two 880 nm infrared LEDs. The total power output of the probe is 500 milliwatts (mW), and a typical treatment lasts sixty seconds, which delivers a dose of six joules (J) of energy per square centimeter.
The power output of the probe looks something like this:
Though the exact height of each peak will depend on the power of the LEDs.
The therapeutic photon power output of the sun
To figure out how sunlight compares to a light therapy machine, we need data on the solar spectrum here on earth.  Fortunately, the solar industry has adopted a standard based on observational data. It’s called AM 1.5 or Air Mass 1.5, the number denoting the equivalent atmosphere thickness for a typical location on Earth (like North America).  AM 1.5 is a full spectrum with nanometer-precise information on solar irradiance. 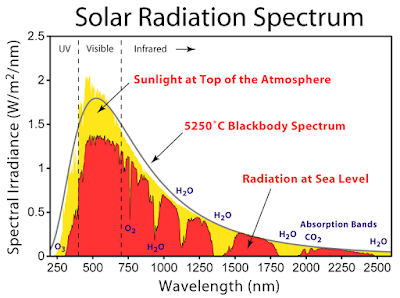 All we need to do to calculate the solar output in the photon wavelength ranges we’re interested in is integrate the AM 1.5 solar spectrum over those wavelengths.  I bet you thought you’d left calculus behind in college—sorry! Integrating this is trivial to do in MS Excel since the AM 1.5 data is provided in units of Watts per meter squared per nanometer—simply summing the power of each .
If I wanted to “cheat” a little bit, I could just integrate the AM 1.5 distribution over the entire therapeutic photon range of 600-1000 nm.  This way I maximize the amount of solar energy I’m allowed to integrate.  By doing it this way, we get a solar power value of 40.4 mW/cm2.  Multiply this by five (because the probe is five square centimeters) and we get a power output of 202 mW.  Not bad compared to the Solaris probe’s 500 mW! To get the same six Joule dose, we’d need two and a half minutes of sun exposure versus one minute of probe use.
But, like I said, that’s kind of cheating, because the probe doesn’t use a more or less constant power output between 600 and 1000 nanometers; it has two “peaks” from LEDs centered at 660 and 880 nm.  Based on a quick look at some spectral data from an ~820 nm LED (below), we can see the actual wavelength distribution of an infrared LED can be 50 nanometers or more from the peak wavelength.

Instead, we can just integrate the AM 1.5 from 610 to 710 (660 ± 50) nm and again from 830 to 930 (880 ± 50) nm.  In this case, we get a solar power of 22.6 mW per cm2. Multiply by five again and we get 113 mW.  Still the same order of magnitude! This time, we have to sit in the sun for four and a half minutes instead of one, but hey, we’re still saving big bucks because sunlight is completely free.
Dynatronics also offers a large pad of infrared LEDs to cover a larger area with infrared light.  Does this fare any better? According to the technical specifications, the 8″ by 10″ pad uses two hundred 880 nm LEDs to generate 7500 mW of power.  Unfortunately, this is only 15 mW per square centimeter, as compared to the 100 mW per square centimeter of the probe.  The sun, even measuring only 50 nanometers on either side of 880 nm, is still half as powerful—and is still free.  Because the treatment time for the infrared pad is nine minutes (to achieve a dose of eight joules), your sun time would be twice that, but remember, this is neglecting all of the rest of the “therapeutic photon” spectrum.
Dynatronics also offers a probe that combines infrared (880 nm) and blue/near-ultraviolet (405 nm) light in a probe with a total power output of 500 mW.  The technical data does not describe how much power is coming from the blue LEDs, but the solar spectrum radiates 65 mW per cm2 between 355 and 455 nm, so even if 90% of the ultraviolet probe’s energy was at the 405 nm wavelength, you’d still only need to be in the sun for seven minutes to get the equivalent dose to one minute of blue/infrared light therapy.
Conclusion
Given the low overall power output of light therapy devices, the only plausible benefits would be from specific cellular interactions with photons, not the general heating effect of absorbing photon energy.  If your goal is to transfer six or eight joules of energy to an injured area, there’s a much cheaper and more effective way to do than—it’s called a hot pack.
If, instead, we return to the cellular benefit argument, it’s very hard to make the case that a light therapy machine would have any meaningful effect.  How could delivering a six joule dose of energy over one minute do any good when you’d get a far greater dose of the same wavelengths of light when you take your dog for a walk around the block on a sunny day?
The great thing about this kind of analysis is that it really does not matter whether or not light therapy “works” or not—if it does, you can get the same exact benefit by laying in the sun for a few minutes.  That will cost you exactly nothing.  There’s another whole discussion to be had about why physical therapy offices are purchasing, using, and billing you for a practically useless modality, and yet another discussion to be had about all the peer-reviewed science that supports a treatment method that, on paper, looks completely implausible.  But alas, the lack of rigor in sports injury research papers and the marketing practices of medical equipment manufacturers is a topic for another day.
When in doubt, medical professionals of all stripes need to stick to what they’re good at.  For physical therapists, this means the bread and butter of PT school: anatomy, biomechanics, and identifying muscular weakness and tightness.  Fancy machines with sleek marketing info can make all sorts of lofty claims, but unless they are backed by solid scientific evidence and have a mode of action that is at least plausible, you should be very, very skeptical.