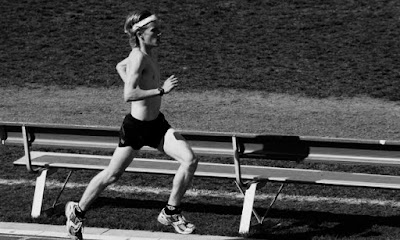 Most of the injury articles on this website are long, detailed, and rigorously cited, with their claims being supported by solid scientific evidence.  Although this, too, is an injury article, it is not like the rest.  The topic of this post is a rare and frightening phenomenon that I and others have tentatively termed “loss of leg coordination while running.”  This is an “injury” of sorts that has affected me and, as a very long thread on LetsRun.com has made me aware, many other runners.

Another option would be damage or instability inside a joint.  People with labral tears, for example, also display worse single-leg balance on their injured side when compared to their healthy side.6  This too would impair the brain’s ability to sense the position of the leg as it swings through the stride.  The central role of the hip in the running stride, coupled with the apparent centrality of the hip joint in many leg coordination problems (excessive external rotation of the leg, inability to properly flex or extend the hip joint, or abnormal adduction of the leg during the swing phase of the stride) make this a potentially promising candidate.  We’ll revisit the topic of labral tears later.

This article was the culmination of five years of research, nineteen months of writing, and considerable emotional investment.  I have published it free for anyone to read and distribute because I don’t believe in restricting access to this kind of information.   I am a freelance writer and part-time high school coach, not a professional scholar, so if you have made it all the way down here and found this article helpful, consider donating a few dollars to support my work.

2 thoughts on “Searching for answers on loss of leg coordination while running: a comprehensive review”