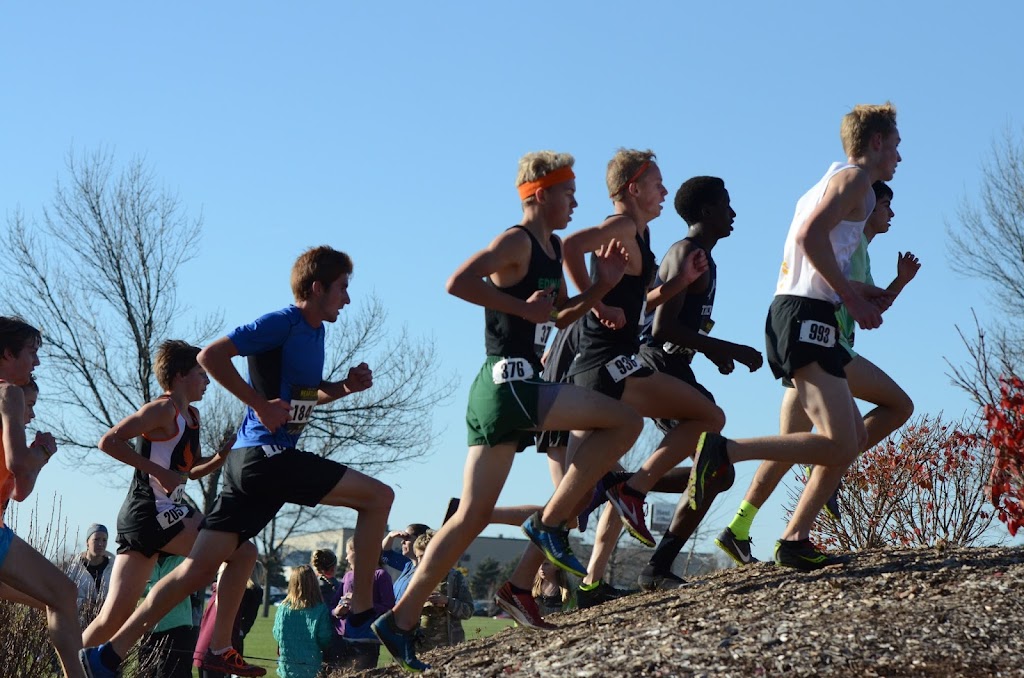 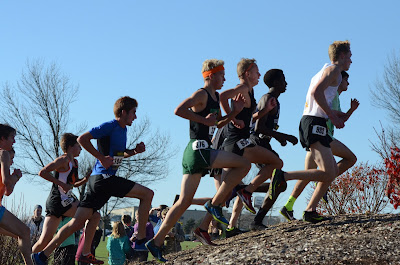 Perhaps because of the popularity of David Epstein’s talent-centric book The Sports Gene, much of the modern conversation about high-level distance running has turned to talent: where it comes from, how to spot it, and how to develop it. One piece often missing from the conversation is what it actually means to be talented. We speak about “talented runners” as if there is one specific set of criteria that we evaluate talent against, but in truth, there are several different types of talent which don’t have any inter-dependability. By this I mean that just because one runner is talented in a certain way does not necessarily imply he or she will also be talented in another.

Broadly, I believe there are (at least) four different ways one can be naturally talented as a runner. Some are more easily assessed than others.
Natural running ability
This is what most people are thinking of when they say someone is a “talented” runner. They mean he or she has a high natural set-point of aerobic endurance, someone who can run fast times or impressive workouts without much or anything in the way of formal training. Some people like to explain this mostly in terms of genetics, while others point to an active childhood as the determining factor. Both, of course, are important, but for a coach, neither matters—you work with what arrives at your doorstop on day one. And if that newly-minted runner can already run at a high level without any history of training, that is always a good thing. This does not guarantee success, as I’ll explain below, but people who start at a very high level of fitness naturally have a distinct advantage.
Natural running ability is also the easiest type of talent to identify: all it takes is a race or time trial. At the school I coach at right now, our best runner was spotted as a freshman thanks to a fitness test all sprinters on the track team undergo called the Cooper test. It was devised by Dr. Kenneth Cooper, sometimes known as the “father of aerobics” (rightfully so, given that he coined the word), for quickly and accurately evaluating the VO2 max of a large number of test subjects in the field, e.g. military recruits. The test is simple: cover as much ground as you can in 12 minutes, ideally running but taking walk breaks if needed. The distance you cover, in meters, is plugged in to a formula which predicts your VO2max. Cooper’s test is reasonably accurate when comparing test results to lab-determined VO2 max.
In our case, this freshman “sprinter” ended up finishing over 500 meters ahead of everyone else at the twelve-minute whistle. Within a few weeks he was running distance workouts with our top athletes.
For distance runners, any time trial of 1600 to 2400 meters should suffice for evaluating natural running ability. Longer tests can mask true running ability, because it’s very hard to run a good 5k or 10k off natural running ability alone—these events just rely too much on training, not to mention proper pacing, which is an acquired skill.  Sprint and true mid-distance athletes should be evaluated with shorter time trials that more accurately measures the shared aerobic and anaerobic components of the specific event—a 300m time trial for the 400 meters, for example, or a 500m time trial for prospective 800m runners.
Response to training
Any coach who’s worked with a large number of athletes knows that people respond differently to the same training. This individual variability is one of the most exciting topics in exercise science research, because it has far-reaching consequences beyond sport—the same training response variability affects things like exercise’s interaction with risk factors for heart disease and type 2 diabetes.
Nobody really knows why some people respond more strongly to training than others. Do the non-responders require a higher “dosage” of training? Would they benefit more from a different type of training (e.g. high intensity/low volume instead of high mileage)? Are they just naturally closer to their genetic potential as a runner, and thus get far fewer returns than someone with a lot of headroom to improve? It’s hard to say, but the existence of variable responses to similar training is undeniable after you’ve been involved in the sport for a few years.
This past fall, I headed up our middle school cross country program, in addition to assisting with our high school varsity squad. At the beginning and end of the season, the middle schoolers always do a one mile time trial on the track so they can see their progress throughout the season. The variability is impressive: some barely improved at all, while others bested their initial time by well over a minute. Of course, there were several factors that explained some of this variance: I noticed that better attendance at practice tended to be associated with a greater margin of improvement (go figure), and some kids push themselves harder than others in workouts, so doing the same workout is not necessarily the same stimulus. Still, there’s no denying that some athletes seem to respond a lot stronger than others to particular kinds of training.
As a coach, it’s important not to write off someone who does not improve in your program as a “non-responder.” It’s much more likely that the fault lies in your training program: you’re not giving that athlete the right stimulus he or she needs to improve. Once you’ve discovered what works, though, take note of it. Some athletes thrive off certain kinds of training, but wither when exposed to others.

There are many risk factors for running injuries—you can read about them elsewhere on RunningWritings—but some runners seem resistant, if not impervious, to overuse injuries. While some people suffer stress fractures running 20 miles a week, others can do 20 miles a day just fine. There is a lot you can do to ameliorate your injury risk and improve your resilience, but like with natural running ability, some people start out at a higher level of resilience than others.
Runners who go through their first several years without any significant injuries are good candidates for a training program with higher mileage and larger amounts of quality. All else equal, the runner who can handle more training without suffering from injuries is going to have a distinct advantage, especially in the long term. Particularly in the 10k, the half marathon, and the marathon, it’s very hard to reach your potential without high mileage and a lot of long, fast running. Being able to handle this kind of work without breaking down can open up opportunities that would otherwise be closed off.
Mentality and attitude
We like to tell ourselves that attitude, disposition, and mentality are things that are developed or instilled. But some of your comportment is natural; it’s just as much “you” as your hair. Your core personality can be styled and molded in many different ways, and it may even change over time, but it’s still, to some extent at least, an intrinsic part of who you are.
In most metrics, great distance runners are highly variable: some are introverted, while others are extroverted; some are rational thinkers, while others trust their emotions and intuition, and so on. But great runners do tend to share some personality traits. They tend to have an instinctive understanding about how training and racing works—they’re quick to pick up on the difference between running fast and running hard, they have a sense of how and when they should attack in a race, and they have a high “personal sensation” or connection with their body, sensing exactly how hard they can push themselves before their body gives out. An ability to compartmentalize running is useful too—being passionate but not obsessive, and being able to learn from disappointments, but move on quickly.
It’s harder to quantify and identify what kind of personality traits make a good distance runner. There’s no standardized personality test that can predict whether you’ve got the mind and spirit to be a great athlete. Rather, it’s something that will likely only be noticed by an experienced coach. Indeed, many great coaches probably disagree on what the most-desired personality traits are—it may be that different styles of training are handled best by different types of people. Or, if we strive to keep the athlete at the center of our training plan (which we should), we ought to say that the training program must be tailored to each individual athlete’s personality and disposition. This is something of a radical proposition: it might result in two athletes with the same fitness levels training for the same event doing vastly different training.
If you’ve studied the history of training, you know that athletes of similar ability training for the same event have used very different approaches to reach the top with equal success. Perhaps 800m great Peter Snell, who was famous for his 20-mile long runs and 100-mile weeks, was not only physically inclined towards high mileage and aerobic endurance, but also “metaphysically inclined”—it suited his personality, his spirit, his disposition.
In his 1995 book Road to the Top, storied Adams State coach Joe Vigil provides some perspective, cautioning us not to write off athletes who appear to lack the right mental composure to be a great runner:
At times we come into contact with people who are waiting for their vacuum to be filled by some person who can impart vision and steer their energies into the direction of their goals. As a coach, I never looked at the athlete as being lazy. They were only athletes whose energies had never been tapped in the right way and had never been motivated to act.
As with adaptability, it’s important not to use mentality and attitude as a way of writing off runners. You should, however, make sure you don’t pass over athletes with the right mindset.  Even if they lack the other aspects of talent, their ability to improve and turn out great performances can be tremendous.
Summing it up: What is talent?
The reason I broke down talent into these four categories is because I believe they are mostly independent of each other. You can have a high natural fitness level but a low adaptability to training, or a strong mentality and fitness level, but poor injury resilience. It’s important for a coach to consider all four of these factors when planning out training or when trying to spot young athletes with potential.
Viewing talent through a single lens—typically the lens of high natural running ability—can distract you from athletes who can reach the same or higher level of fitness by exploiting their other talents—be it high adaptability to training, good injury resilience, or a strong mentality for distance running. Because I think these factors are distributed in a random fashion across the population, it’s exceedingly rare to find an athlete gifted in all four categories of talent. There are tremendously accomplished athletes at most levels of competition who are decidedly untalented in at least one aspect. Usually, the coach’s job is to leverage the talents a runner does have to overcome the areas in which he or she is weak. If ever you come across a runner who is talented in all four areas, he or she is surely bound for greatness, and you are one lucky coach.

2 thoughts on “What does it mean to be a talented runner? Considering types of talent”